This article is based on an interesting experiment done by Oobah Butler who works for #VICE. He created a restaurant out of thin air with nothing but the power of internet by his side and marketing ingenuity, he was able to make The Shed at Dulwich, number one rated restaurant in London, with foodies, celebrities and bloggers trying to get a table. The main obstacle for them, however, was that it didn’t existed.

Over the course of 8 months Oabah used an assault of fake reviews to get his ‘restaurant’ to the hallowed top spot on TripAdvisor.

It’s a must watch video for any marketer and business owner, not only it highlights the fragility of the existing online review systems but in doing so he has also ignited the debate of what still works in marketing.

So, I am going to run down the lessons which can be learned from his nifty experiment.

Oobah inadvertently created a form of scarcity unlike any other, the rule of simple economics applies as greater the demand and the rarer the supply, the perceived value increases exponentially. By telling everyone that the only way they can get to eat at The Shed at Dulwich was to book in advance, and when people called in they’d get a response that sorry they have been fully booked for months in advance.

The word of mouth spread and as his restaurant rose in the #TripAdvisors ranking so did the number of calls to reservations rejected, and that brought about a snowball effect as the number of people who seek adventure, excitement and fantasize about unique food places got all hyped up for a restaurant they all want to experience but simply cannot reserve a table.

So, lesson learned, scarcity is something marketers use on a daily basis and even though we have come to realize most of the limited time offers aren’t true, but human minds are fragile and yet we stay in vicious cycle of consuming more of what is less.

As the name implies, it’s a psychological phenomenon wherein people flock together doing the same thing, if everyone else is also doing it. In the world of marketing it is often connoted with as social proof, as if people see others already associated positively with buying or experiencing the said product/service then they are primed to do the same. This sense of group thinking, makes people skip the individual thought process of making decision independently.

Although these two points are independent variables but in the marketing world they highly influence each other.

Dan S. Kennedy, the Godfather of Direct Marketing, once said, “The simple truth is, if you aren’t deliberately, systematically, methodically — or rapidly and dramatically — establishing yourself as a celebrity, at least to your clientele and target market, you’re asleep at the wheel, ignoring what is fueling the entire economy around you, neglecting development of a measurably valuable asset.”Source

That is what authority can be summed up as, but more simply it is the cult you create around something and be termed as experts at it. So, at The Shed at Dulwich, Oobah created this sense of authority by manipulating the TripAdvisor’s review system to his advantage, starting with his fake reviews and then later real people started to leave positive reviews just in the anticipation and excitement built around it.

Now coming towards the other end that is the Availability cascade, it is psychological trick our minds play on us. As when we continuously consume same content repeatedly, we start to resonate that it must be true, though the theory can be debated upon but on ground fact cannot be ignored.

Our perception of the world is highly influenced with what we keep hearing and seeing, that’s why you see ads following you all over the place. 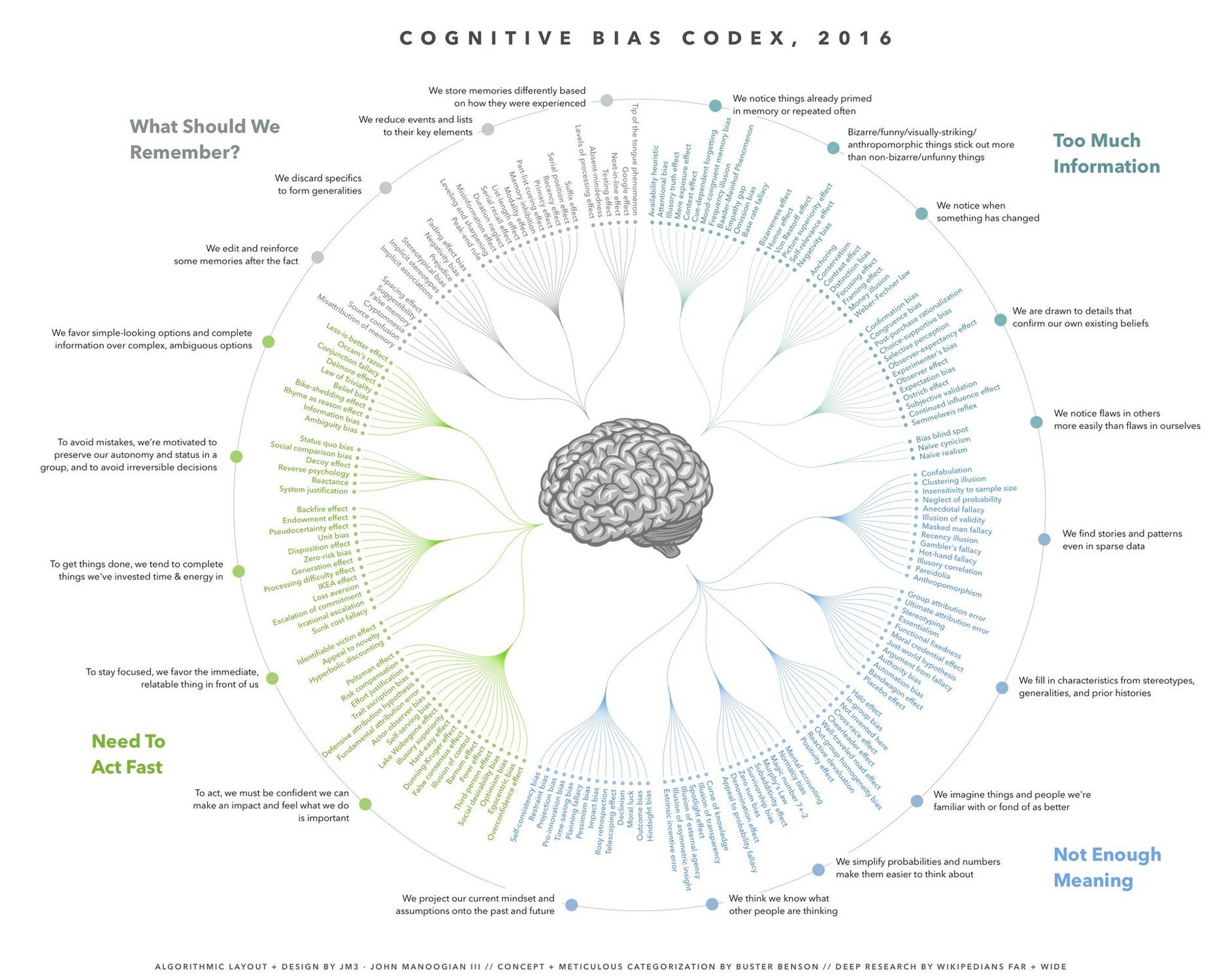 This a treasure trove, if you can understand 1/10th of the biases listed above and refine your message across the spectrum, you can grow your business 10X. This goes on without saying, that your intention should always be to serve the end users no matter what your product/service is, it is there for a purpose of solving a problem and making someone’s life better.

So next time you see any successful viral campaign, the new fancy thing around the corner. You refer back to this chart above, see what aspects of our biases were utilized. You’d always see a mix of the ones Oobah used for creating this idealistic restaurant, they have been tried and tested for centuries.

Understanding the human psychology is and always will be the core advantage to market any product or service. It is the one thing I believe separates successful companies from the ones who just do not understand about the needs of their audiences and keep on creating content which is not a great fit or doesn’t solves any dire problem.

The key take away being is that to always have human first approach, understand your customers/readers needs and then craft your marketing strategy around those.