Being a guest speaker at UIT 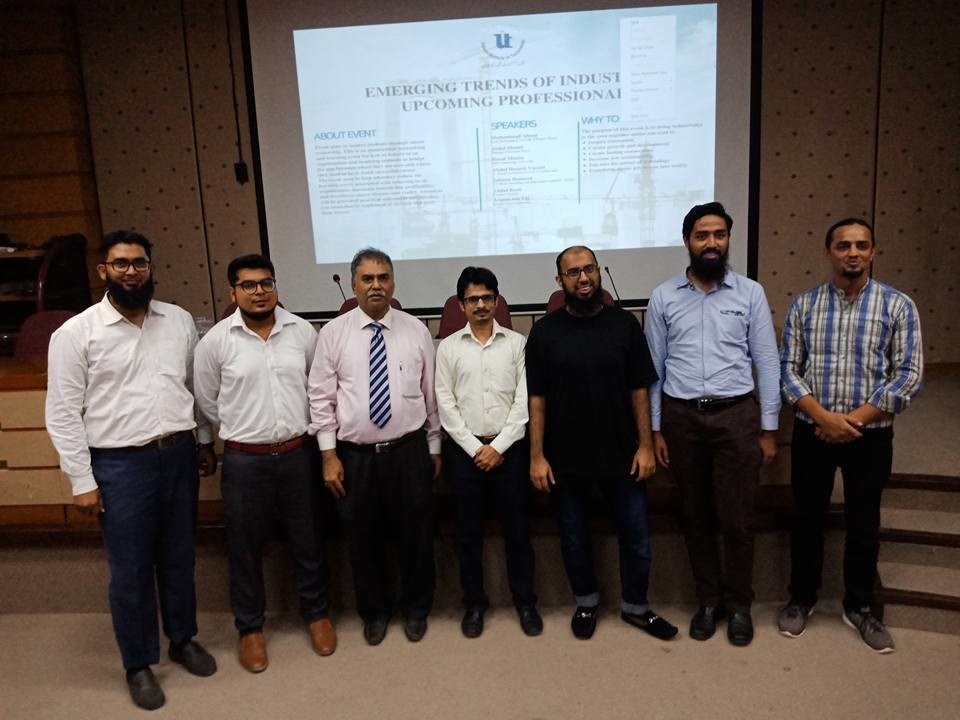 I’d like to acknowledge the fact and be grateful for being invited as a guest speaker for the graduating class of electrical engineers of Usman Institute of Technology on 15th May 2018. Being surrounded by the energy of students who will eventually become the leaders of tomorrow is always a pleasure.

I chose the topic of “Navigating the new economic landscape” for my presentation. I wanted to give everyone a hard look on the reality and the possibilities which rarely people consider seriously, specially the engineers.

The key points from my presentation are
What is Gig Economy
The gig economy includes any contingent work such as independent contracting, consulting, freelancing, seasonal work and other temporary work.

The following is an infographic on gig economy courtesy of nation1099 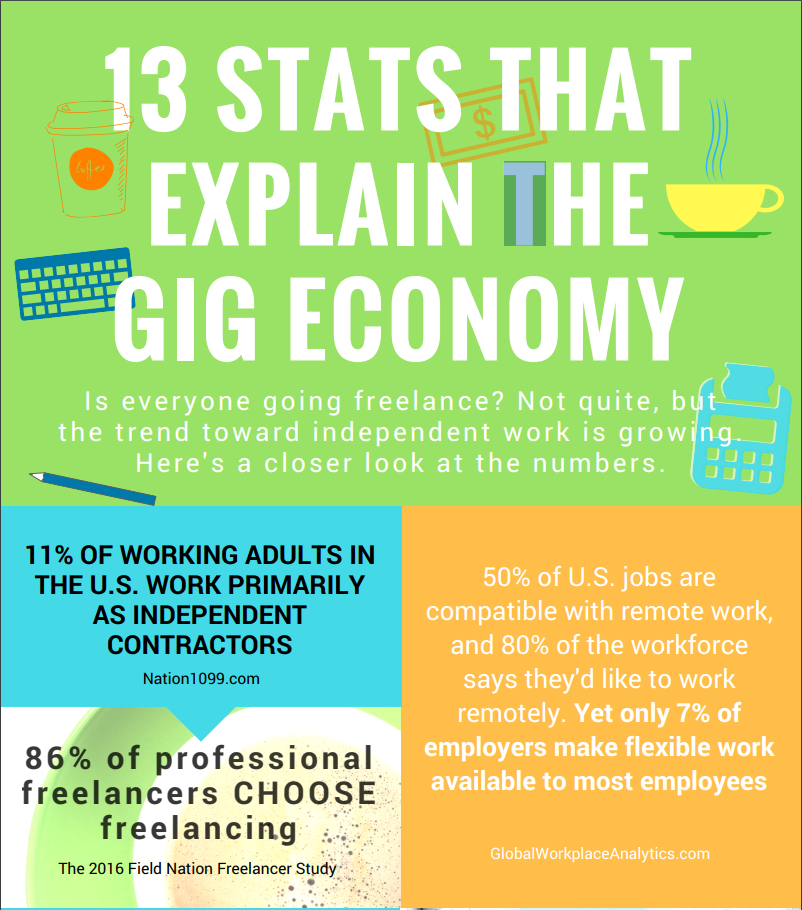 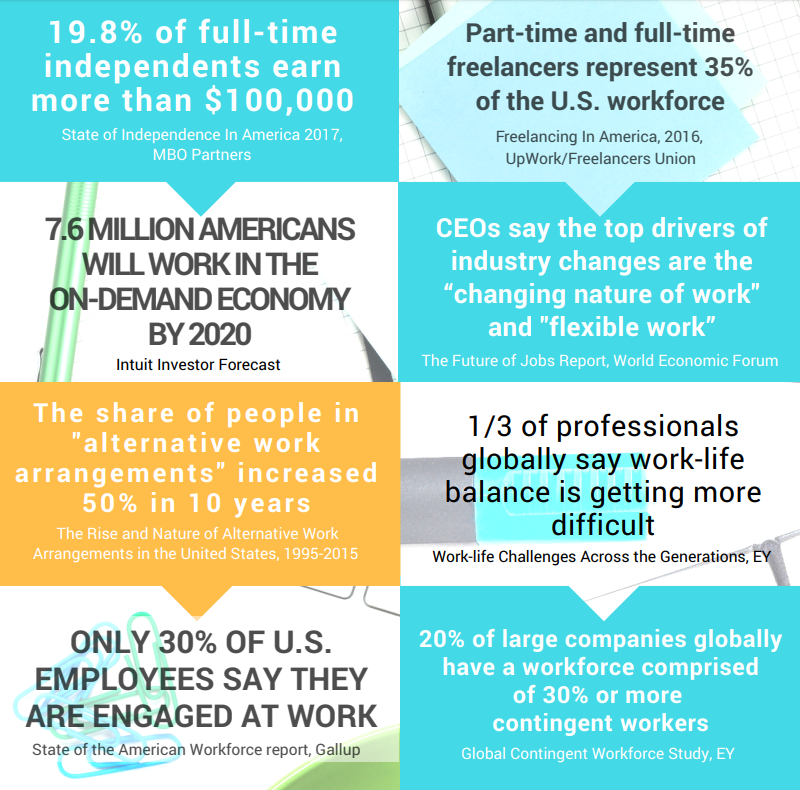 I presented a few statistics from LinkedIn job results for UAE and Pakistan as of 15th May 2018. The results showed how the job market is hyper competitive in Pakistan with a population of more 220 Million and had a total vacant positions under 1000 whereas in UAE which has a population of 9.27 Million had more than 9000 active vacancies posted on LinkedIn.

This stark contrast was used to tell the students, that traditional routes to jobs are no more viable and shouldn’t be the only routes to be kept in mind. They are not only competing with the graduates who’d be graduating with them but also experienced people who are looking to change jobs.

So after this bleak bitter truth, I showed them how they can start utilizing their talents and be prepared to navigate their way into the gig based economy.A screenshot of electrical engineers from Pakistan on Upwork was used to illustrate that they can build a career working for multiple clients from world over and in the same time groom their professional resumes to get ahead of the competition.

Getting back to how they can they can get started and what to do to make sure they are ahead of the game. I advised them to focusing on self learning, people rarely focus on learning on their own after their university life is over, which is one key missing element from the masses. The importance of MOOC’s was highlighted and how they can greatly impact their careers.

I ended the presentation with explaining the cashflow quadrant by #RobertKiyosaki of whom I am a big fan.

The following graphic is pretty self explanatory in itself, but for the uninitiated it’s a golden nugget of basic economics. Wherein in the first left two quadrants we trade our time for money, on the right two quadrants we are not directly reliant on trading time for money but we rely on a system which produces income for us. I believe Robert’s book be taught in each and every school, college and university. 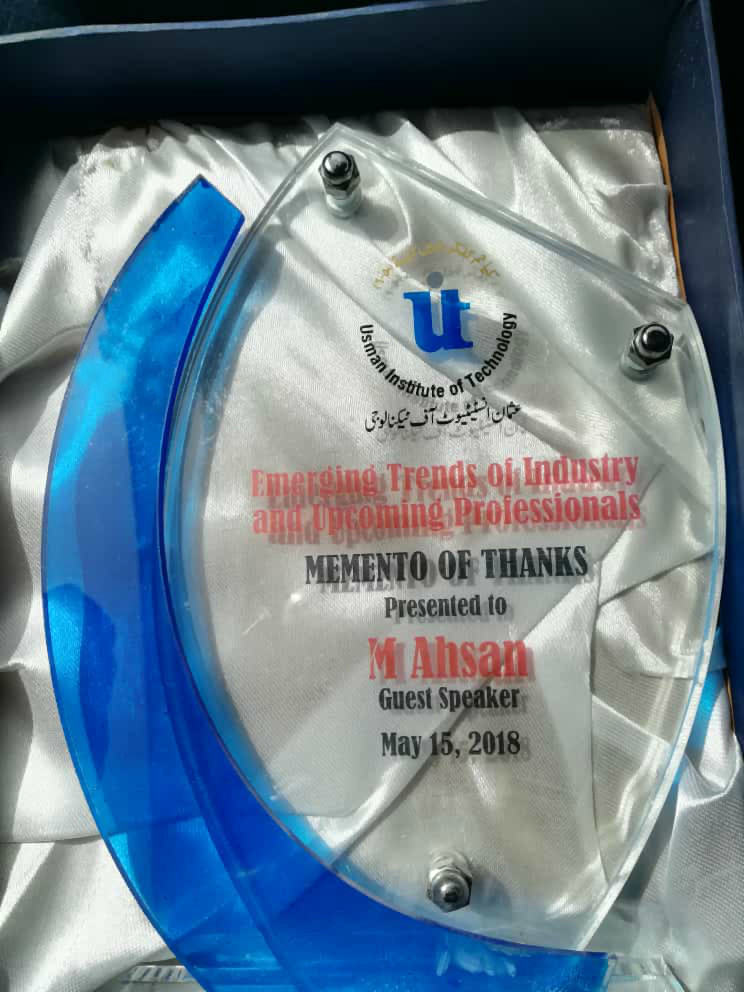 The memento of thanks was a very welcoming gesture from the students society who organized the event. I always keep myself open to giving back to the community in any shape or form I can, a little time given can bring in huge results down the road.